Jesus told His story about a loving father because some religious leaders were upset that Jesus spent so much time with sinners. People like … well, like us.

Like Jesus’ tax collector acquaintances, we’re sinners who, without Jesus, are lost. And when you’re lost and can’t find your way home, the degree to which you’re lost doesn’t really matter. You need help.

Today we’ll GET INTO what Jesus says about making our way home—and who and what are waiting for us there. After the video, we’ll TALK IT UP and ACT IT OUT, discovering that while God knows our sins, He’s more than a distant judge, cosmic power, or absentee landlord who made earth and then wandered off to work on other projects. He’s our Father. Our loving Father.

So, get comfortable and watch “A Loving Father.” It’s a story you’ll never forget! 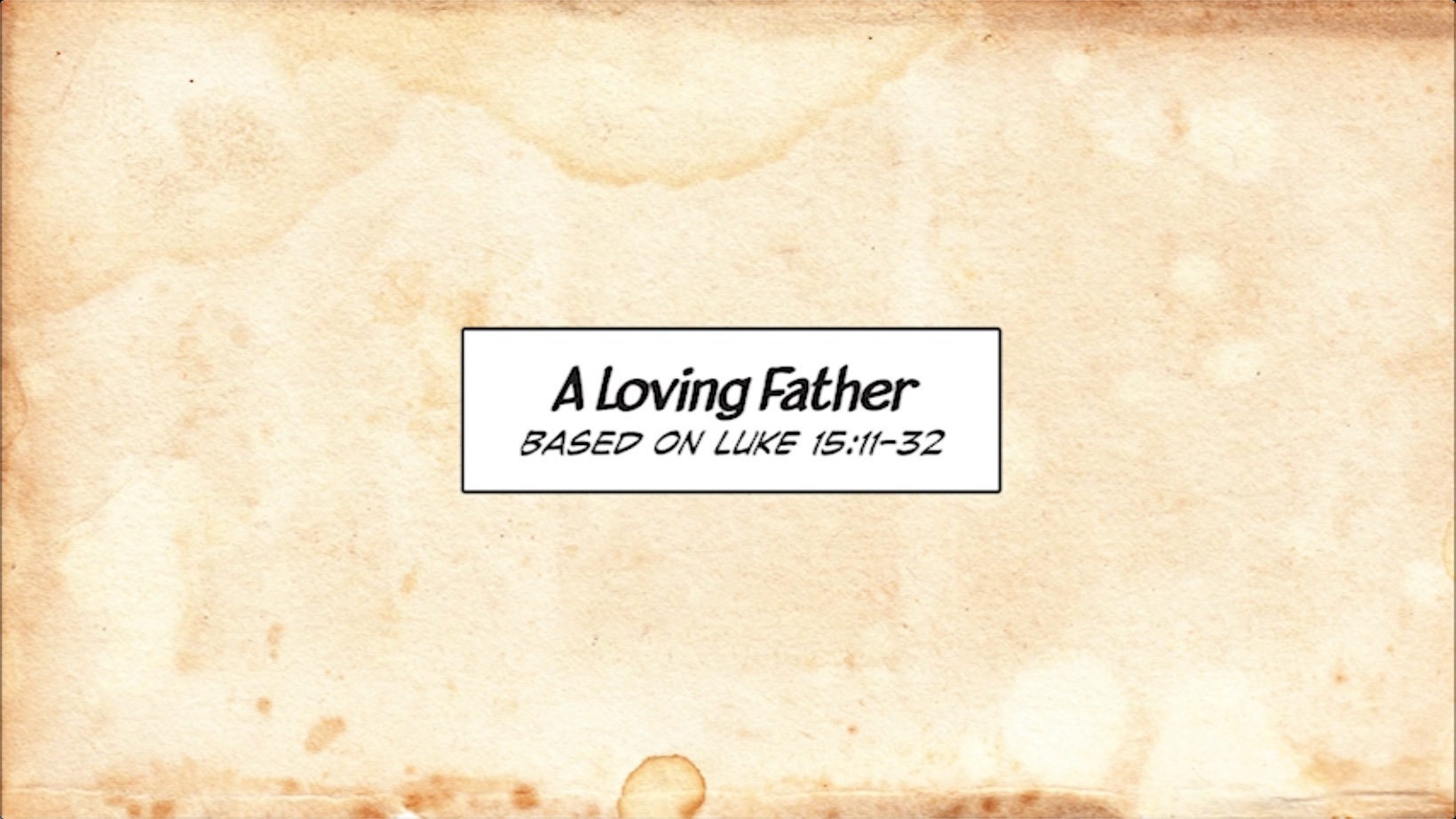 In today’s video Jesus teaches His disciples—and us—about forgiveness. Use these questions to TALK IT UP and dig into what Jesus, in God’s Word, tells us about forgiveness:

There are a lot of moving parts in this story, so keep your eye on the father. He’s at the very heart of what’s happening in this family drama.

Jesus provides few details about the man. We know he’s wealthy enough to have servants and we know he has 2 grown sons, but that’s about it. Everything else we learn about him we learn through his actions.

The father is approached by his younger son who demands an inheritance, which is a little like saying “I wish you were dead, Dad.” Instead of kicking his kid to the curb, the father complies. The next time we see the father, he’s running to embrace his younger son in a flurry of hugs and kisses. A robe is brought, a feast prepared, and forgiveness given.

What was lost is returned. What was dead is alive again.

That’s a loving father—and the perfect picture of our Father God. Just like Jesus pays the price for our sins, this father pays the price for the younger son’s rebellion. That lost property and squandered money will never be returned. And just as God’s love is ever reaching out to us, this father never gives up hope for his son’s return; he’s quick to spot his son on the road.

Perhaps most important of all: this Father forgives, just as our heavenly Father can be trusted to forgive us when we confess (admit where we’re at fault) and repent (with God’s help, change our ways).

Through forgiveness, God is able to make something beautiful out of the most ruined life when given the chance. His forgiveness paves the way to new life and fresh beginnings.

Choose 1 (or more) of the following “forgiveness finders” and give it a try!

These questions will help you connect the Bible story to your own lives. Use all the questions or pick 1 or 2—your choice!

Ask those who will be praying to spread out around the room and sit comfortably. Explain that you’ll be leading them in prayer by suggesting how they’ll position their hands and who they’ll silently pray for. (Note: This activity can be done individually or with partners.)

Lead the prayer time, giving these directions, one at a time. Pause between each prayer point to allow time for praying.

God will forgive—just as the loving father in Jesus’ story forgave. We can come to God, admitting what we’ve done wrong and asking Him to help us change our ways. God will forgive, or erase, our sins. He’ll make us clean—like we’ve never had any sin at all (1 John 1:9). Wow!

Helping others discover what it means to receive God’s forgiveness is a gift to anyone who hears the message for the 1st time or the 5,000th time. Here are a few ideas for sharing with others what you’ve discovered about God forgiving us.

Use the hashtag #GodInAction so we can see how you’re sharing the good news of God’s forgiveness! (Though you’ll want to take a picture of the shower door before anyone’s washing up inside!)